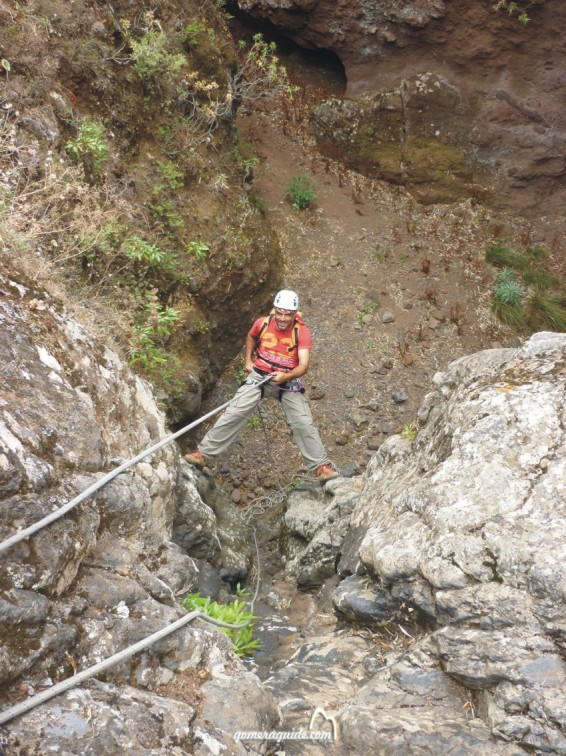 The island has several tens of ravines whose bottom is adequate to practice this activity in extraordinary beautiful environments. In the Municipality the most famous ravines for this practice are Erque and Argaga.

The watching of different species of ziphiids (beaked whales) and cetaceans is an alternative activity in the island. Some companies organize trips by ship to watch these species that last several hours. Ships leave from the “Puerto de Valle Gran Rey” (also Playa Santiago or San Sebastián). When the conditions in the north coast make it possible, the trips usually go watching the Natural Monument of Los Órganos from the sea.

The atmosphere in the Canary Islands is recognized internationally by its cleaning and suitability for watching the stars and planets. First- rate astrophysical observatories, which are recognized at international level, are located in Tenerife and La Palma. In La Gomera, especially in the highest areas of the Garajonay, the conditions to watch the skies at night are excellent thanks to the luminous contamination and the clear skies with little cloudiness and pollution.

These are organized along the year in different villages to make the different crafts from the municipality known, such as the pottery, the basketry or the “ristra”. The company Ymaguara in Vallehermoso offers the possibility to learn these traditional arts.

Others (depending on the season)

Alojera is located on the northeast of the municipality and is one of the most important group of populations in the municipality because of its history and inhabitants. It is located in a very plain slope that goes down towards the Natural Monument of the Lomo del Carretón until the sea. We refer to a […]